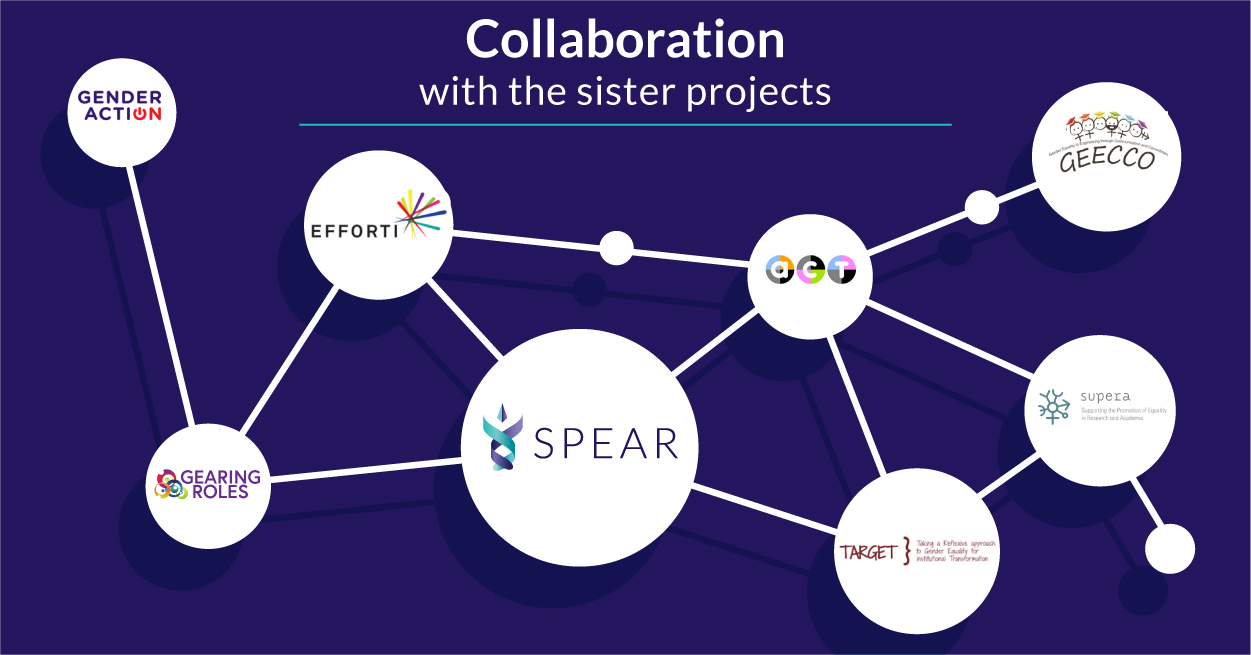 Therefore, close and fruitful collaboration with sister projects (funded under the same or similar calls) is crucial for creating a meaningful and long-lasting impact within universities and RPOs in a number of European countries and beyond.

Keeping this in mind, shortly after its launch a year ago, SPEAR gladly joined a social media campaign initiated by sister projects to mark the 2019 International Women Day under a common hashtag - #GendeRRIng. The campaign was aimed at collecting replies from the research and administrative staff of research organisations involved in the projects regarding the importance of gender equality in a professional setting. 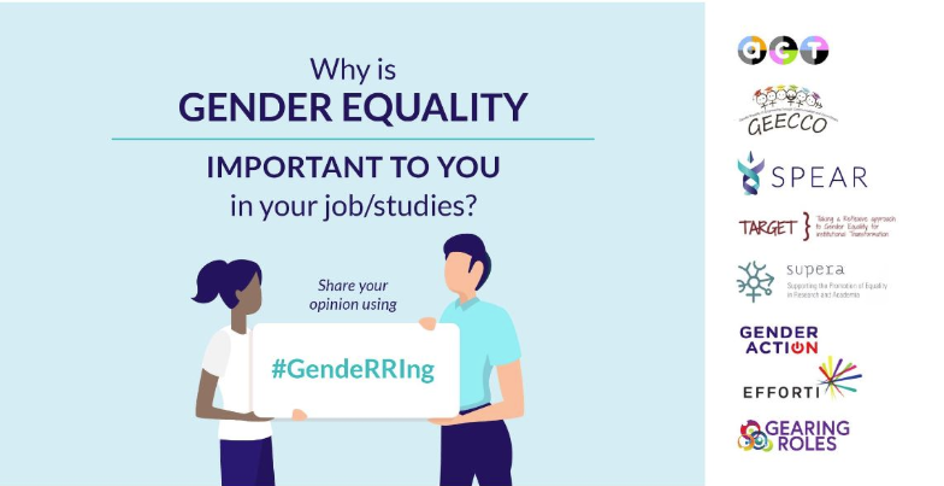 Such collaborative action resulted in great social media visibility of the GE topic on Twitter, as more than 100 tweets with replies were posted jointly by projects gathering more than 2000 interactions (i.e. people interacting with posts – clicking, following, etc.) and further 128,247 twitter impressions (number of times posts appeared to users).

Another initiative was launched in September 2019 by SPEAR under the hashtag #GEPsInAcademia. It aimed to showcase the progress, challenges and achievements in setting and implementing GEPs in each country of the projects involved. Through collaborative efforts with GE projects (and particularly active participation of the GEARING Roles), the campaign shed light on the situation with GEPs in the academic sector in Sweden, Denmark, Portugal, Lithuania, Bulgaria, Croatia, Germany, Spain, Slovenia and the United Kingdom. The campaign yielded 21, 554 impressions, 152 likes, 97 retweets and 15 tweets. 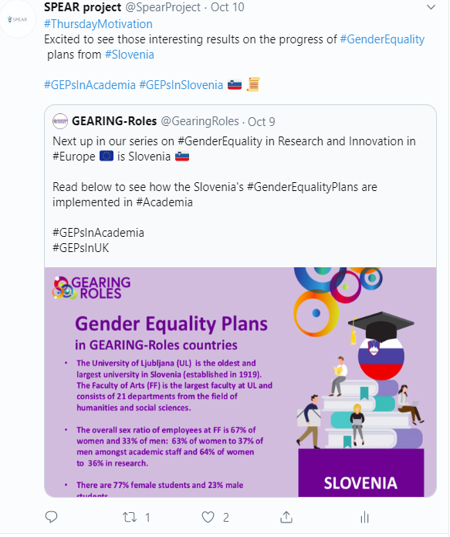 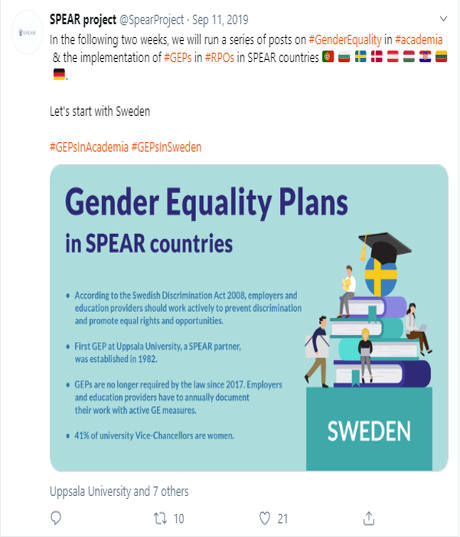 At the same time, SPEAR experts actively collaborated with their colleagues from other projects during several face-to-face events:

Considering the untapped potential of joint stakeholder work on ensuring gender equality in academia and research, SPEAR plans to launch a joint call-to-action together with other sister projects to create a sustainable exploitation pathway for the support tools and expertise developed by various GE initiatives. Stay tuned for our updates regarding this and check the section on our website, collecting the information on relevant projects working to promote gender equality.

We are committed to continue collaboration in order to support GE practitioners in GEP implementation, collaborate through communities and experience exchange and thus ensure long-term sustainability for gender equality both in the universities as workplaces, in decision making and in research output.

Plovdiv University as a partner organization in the SPEAR project thoroughly support and enjoy such collaborative efforts with other GE projects which result in great social media visibility of the GE topic.
Gender equality is different from feminism. There are a lot of areas in the academia where women face discrimination on the basis of gender and there are also areas (but not as many) where men face discrimination on the basis of their gender.
To get everyone engaged we have to look at all areas of discrimination, not just those faced by one side. Therefore such coordinated efforts and joined social media campaigns, using one or more social media platforms, will cover more diversity target groups and result in much greater visibility and success.