International Day of Women and Girls in Science: How can we promote gender equality in STEM

11th of February is the United Nations International Day of Women and Girls in Science.

On this day, “we celebrate the achievements of women, known and unknown, remembered and forgotten, who have forged the way for those of us in science today, and to give the opportunity for childern: girls and boys, to choose role models in science’’ – Princess Nisreen El-Hashemite, BSc, MSc, MD, PhD 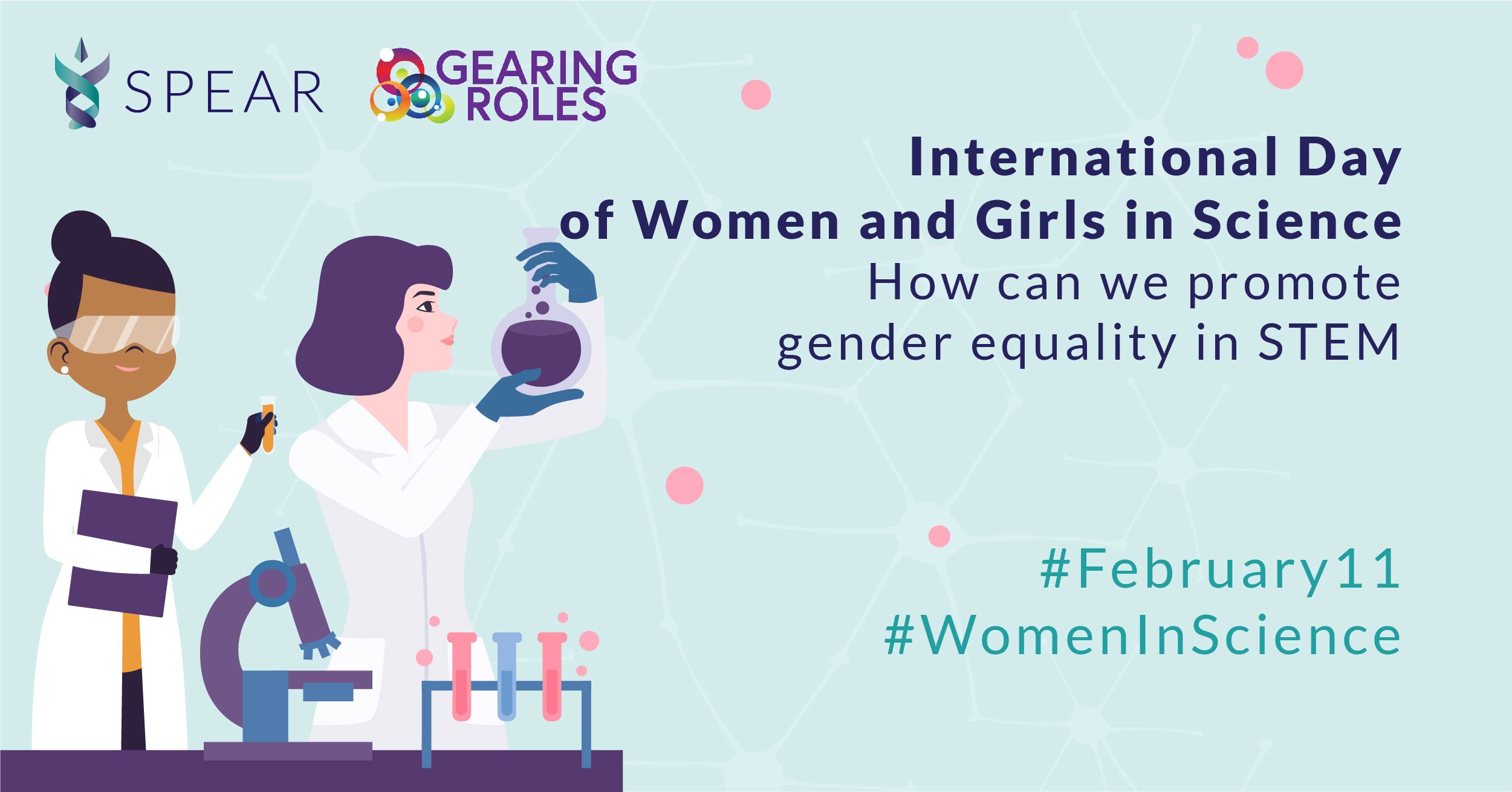 The UN states on its website that “science and gender equality are both vital for the achievement of the internationally agreed development goals, including the 2030 Agenda for Sustainable Development.” Despite large improvements in the past 15 years to engage women and girls in science, they continue to be excluded from fully participating in this field highlighting the need for the global community to do more.

The division between genders within science persists in all countries.

The data from the UN Educational, Scientific and Cultural Organization's Women in Science is quite clear. It shows that less than 30% of the world's researchers are women, making up only 19% in south and west Asia, 23% in east Asia and the Pacific, 30% in sub-Saharan Africa, 32% in North America and western Europe, and 45% in Latin America.

Although the number of female researchers has increased globally, women have fewer academic publications on average than male researchers and are less likely to collaborate internationally.

Also, in Europe and North America, there is a higher possibility for men to graduate from natural sciences, mathematics, and information and communication technologies, and to work in those fields, than women.

What is happening in Europe?

Equality between women and men is considered as a core value of the European Union, cherished in the European Treaties. The current European framework (Strategic Engagement for Gender Equality 2016-2019) fosters women’s economic independence and participation in the labour market aiming to close gender pay and pension gaps. Despite the existence of regulations, policies and initiatives to bridge the persisting gaps, gender inequalities endure in most EU Member States. The European Commission reported that gender inequality is a function of systemic factors unrelated to ability, including bias, organisational constraints, organisational culture, and differential effects of work and family demands.

According to Eurostat, in Europe, out of 18 million scientists and engineers, almost 60% are men and 40% are women.

By analysing the data from the She Figures 2018, we can also gather interesting insights on Europe. 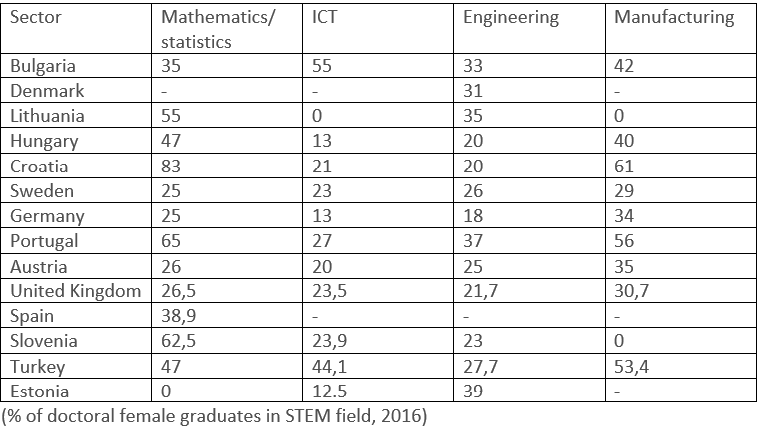 In some countries, women doctoral graduates numbered more than or equal to men particularly in the field of mathematics and manufacturing, but large imbalances between genders stand out in those sectors when it comes to the employment. Overall, in most of countries, the number of employed female scientists and engineers is disproportionally low.

Exceptions are certain EU countries where the majority of employed engineers and scientists are women: Lithuania (61%) and Bulgaria (57%).

How can we achieve gender equality in the STEM sector?

The demand for STEM (science, technology, engineering, manufacturing) professionals is expected to grow around 8% by 2025 and employment in STEM-related positions about 6.5%. The under-representation of women in STEM translates into the huge loss of talent, thoughts and ideas, as half of the population is not included, which will undoubtedly hider country’s development potential.

In light of this, here are some thoughts on what we can do to tackle inequality:

1. We need to break the stereotypes in education

A study among primary school students showed that boys strongly considered that STEM subjects are more suitable for boys than for girls. Highlighting stereotypical gender roles, also, another study illustrated that first-year university students expressed negative stereotypical beliefs of women's engineering and mathematical abilities. According to the study, those beliefs were more endorsed among male students.

Girls and young women need to actively engage in computer-science-related activities right from a young age to provide them with the personal encouragement they need to trust their abilities. These efforts will affect their career choices later in life and provide them the necessary confidence to feel as they are able to pursue a career in STEM.

2. We need to improve the workplace culture and conditions

It has been proven that some of the main reasons behind women leaving STEM jobs include: hostile working environments, lack of career advancement and recognition, the assignment of boring tasks and, finally, pay gaps.

Promoting diversity and constantly improving the workplace conditions, is a systematic effort in which all professionals need to become part of the solution: evaluators, HR recruiters, managers and C-suite members.