Croatia: Their path towards gender equality with an emphasis to academia and research

Taking the occasion of the Croatian Presidency of the Council of the European Union, this month we focus on Croatia, one of the newest EU members (since 2013) and its path to establishing a gender equality agenda starting from the beginning of the 90s until nowadays. 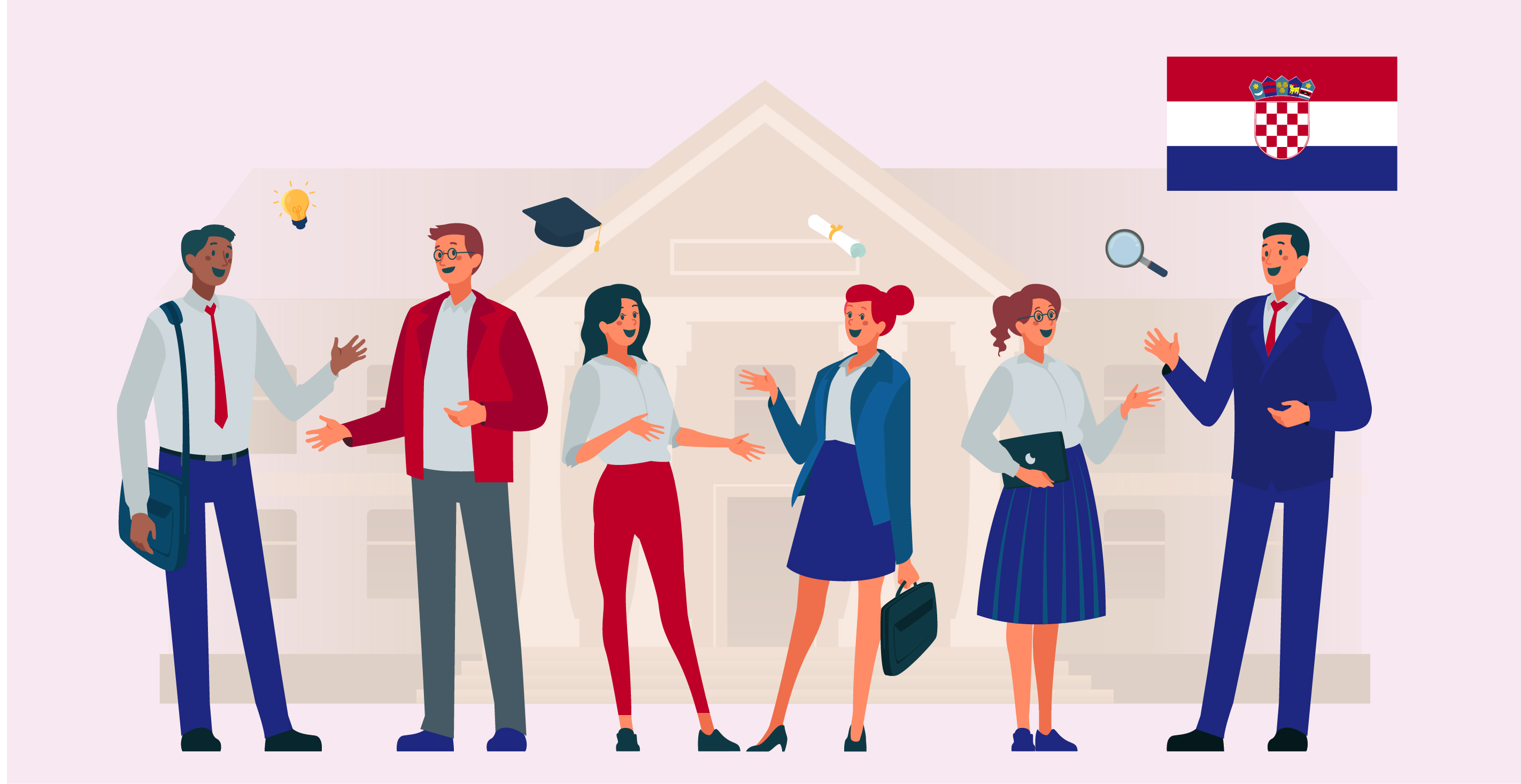 By relying on European and international statistics, this blog post will present the general picture with an emphasis on academia and research, and the status of female professors and researchers in Croatia.

In the 90s, Croatia was going through a transition period from socialism to a market economy and democracy, accompanied by a fall in the gross domestic product (GDP), rising unemployment and inequalities. Those changes had a negative impact on gender equality, particularly as mostly ‘male’ industry jobs vanished through the 1990s, and limited services and resources constrained possibilities for women.

The first attempt to reinforce the gender equality dialogue and overall agenda happened in 1996 when the Committee for Equality Affairs was established, mainly as a symbolic move in order to comply with international obligations.

While EU negotiations entered their final stage, the gender equality agenda was pushed even further. As a result, in 2008, a new, fully harmonized, Gender Equality Act was adopted, as well as a very comprehensive Anti-discrimination Act[1].

The status of gender equality nowadays in the country

In the past years, Croatia has made significant progress on including gender equality both institutionally and legally in its policy agenda, introducing indicators such as equitable primary and secondary school enrolment for boys and girls. But according to the World Bank Report (2019)[2], certain gaps persist in the country which is translated to fewer opportunities and obstacles for women in the labour market.

A similar picture is also presented by the European Institute for Gender Equality (EIGE). From 2005 to 2017, Croatia’s scores increased in all domains by 5.3%, however, the progress remains slower in comparison with the progress of the other EU countries.

Gender equality in education, higher education and research – Any improvement?

Following recent statistics, women in Croatia have a 20.4% chance of graduating from university, compared to 18.3% for men and according to SHE FIGURES report 2018, the number of female doctoral graduates has been increased in the past years, from 52% to 55% (2007 to 2016).

By analysing recent data, there are two fields with high numbers of female graduates – the social sciences and mathematics/statistics.

Even though more women are enrolling in and graduating from institutions of higher education, they remain underrepresented in STEM jobs.

Traditional gender stereotypes continue having a huge impact on the educational choices made by Croatian girls and boys. Additionally, girls’ achievements in maths are negatively associated with two factors:

2. persistence of stereotypes within the family.

It needs to be highlighted that girls from lower income families are in a greater need of stereotype-reduction programmes.

Good practises such as the DigiGirlz – Microsoft’s ‘community’ programme aims to invest in STEM education for young women and prepare future employees for the challenges of the global economy. It aims to eliminate existing stereotypes in the tech field and encourage girls to choose a career in ICT.  One of the programme activities is Microsoft’s DigiGirlz Day. In this a one-day information event, high-school girls get familiar with the high-tech industry as well as the opportunities and challenges of following a career in technology.

In the research sector, the situation seems to be more balanced but there is room for further improvement. Eurostat statistics show that the percentage of women scientists and engineers in Croatia is almost 50%, higher than the average proportion in the EU.

As a matter of fact, the Ruđer Bošković Institute (RBI) has a 58% portion of female researchers, as well as in a total of 880 employees, 58% of the Ph.D. students are women. Also, there are a total of 11 heads of departments and four are women (36%), and when it comes to the heads of laboratories, gender equality is balanced (50% to 50%).

Plans to sustain and develop GE policies also follow up Croatia’s Ombudsperson report in 2018 with a general expectation to implement a new curriculum and framework for the introduction of human rights contained in the national educational system. Special attention should be paid to developing new textbooks in line with the curricula and further enhancing the coverage of human rights topics in both quantitative and qualitative terms especially in combination with the integration of civic education at the state level as a cross-curricular subject. In line with the European Gender Equality Strategy 2018-2023, within the strategic goal of "preventing and combating gender stereotypes and sexism", special attention should be paid to deracinate structural inequalities and ingrained gender stereotypes affecting women and men, girls and boys continue in all levels of the education system, extending to the labor market. In Croatia as well, it is necessary to continuously and consistently work to improve gender-related content in the field of education.