In Germany, gender equality at Higher Education Institutions (HEI) lies, since a reform in 2006, in the responsibility of the federal states. Its legal anchoring therefore varies from state to state. 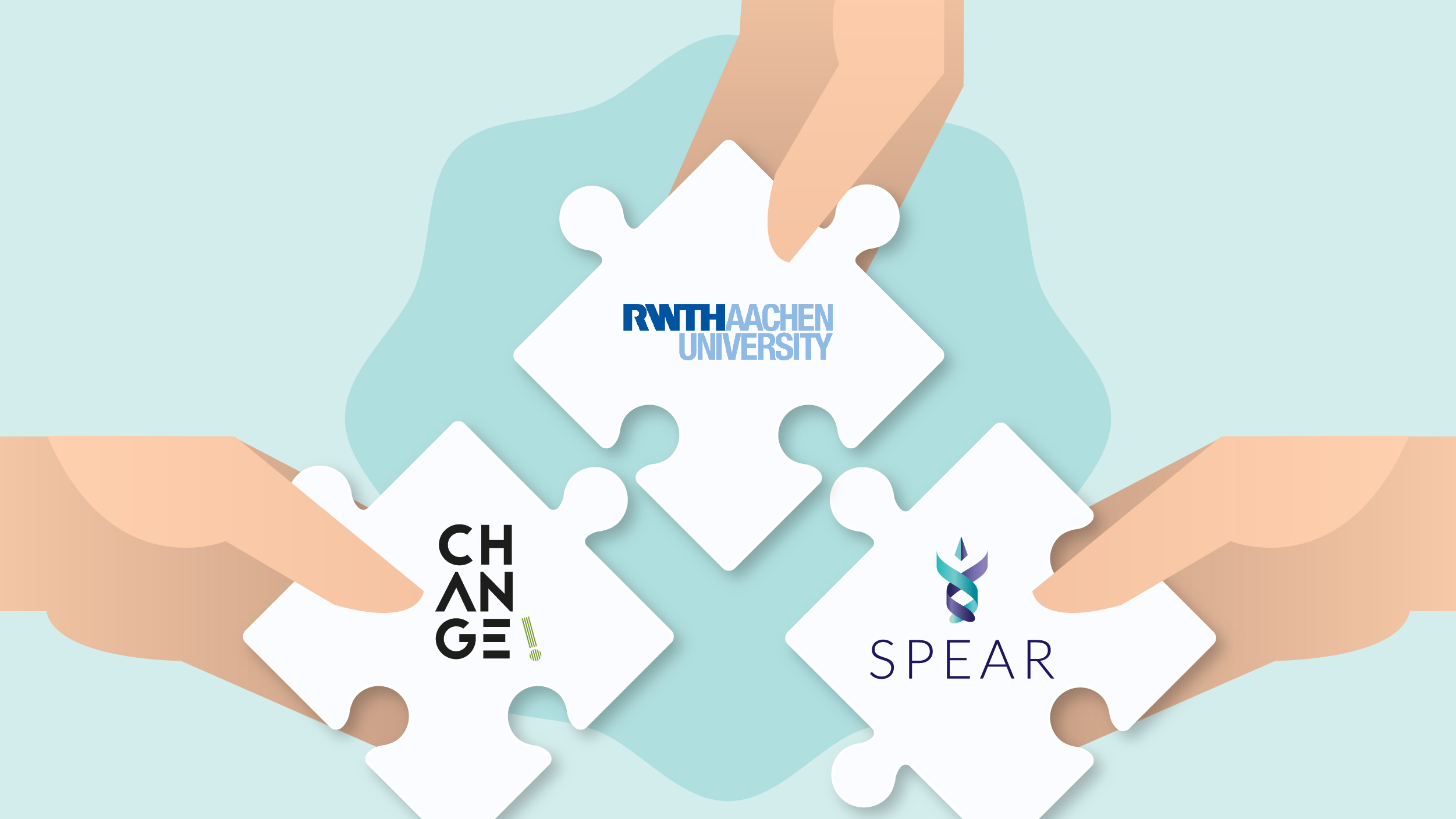 First efforts in the direction of equal rights for women and men in Germany date back to the beginning of the 20th century, with the first celebration of International Women’s Day in 1911 and women’s suffrage in 1918. After WW II, the German Basic Law came into force in 1949 with its famous Article 3(2): “Men and women have equal rights.”
Nevertheless, having a law stating women and men having equal rights did not automatically mean that women and men also had equal opportunities within society. It took until the end of the 1960’s for feminist and civil rights movements to slowly put into motion a change in cultural norms and practices. The unification of East and West Germany in 1990 posed as an additional challenge regarding gender equality in the newly unified country, as women in East Germany were more likely to work full time and make use of childcare offerings, whereas women in West Germany were more in favour of the male-breadwinner family model.[1]
In 1994, Article 3(2) of the Basic Law was complemented with the obligation of the state to actively pursue equality for women and men and to dispose of any existing disadvantages. It took another five years for the advanced legal framework, the Gender Equality Act of the federal state of North Rhine-Westphalia, to be adopted in 1999.

Since 2005, EIGE publishes the Gender Equality Index. Although since then Germany has gradually improved its score (from 60.0 points in 2005 to 66.5 points in 2019), it is still in 12th place within the EU, and being 0.5 points lower than the EU’s average score. Especially in the section “knowledge”, Germany scores significantly lower than the EU average. With only 19.8 % of women in tertiary education (and 28.1 % men), compared to the 25.8 % of women in tertiary education in the EU average, there is still a long way to go.
In July 2020, the Federal Government presented its first cross-departmental Gender Equality Strategy. In terms of content, it is based on the recommendations of the Federal Government's Second Gender Equality Report. It identifies central issues of the gender equality policy in order to derive goals from them and to name ways in which these goals can be achieved. Beyond these goals, the strategy also lists concrete measures for each area, 67 in total, that the Federal Government is taking in order to achieve said goals. The measures reach from entitlement to all-day care at primary schools, the expansion of measures for female founders and entrepreneurs to the women’s professors’ programme of the federal and state governments. The latter being an important measure in tackling the leaky pipeline in academia.

When looking at the SheFigures 2018, there gladly is an increase in the proportion of women amongst doctoral graduates across all fields of study: from 42.5 % in 2007 to 45.2 % in 2016. At first glance, this can be seen as a success. But at a second glance, it becomes clear that women are still majorly underrepresented in the STEM fields of study.

In Germany, gender equality at Higher Education Institutions (HEI) lies, since a reform in 2006, in the responsibility of the federal states. Its legal anchoring therefore varies from state to state. In North Rhine-Westphalia, where RWTH Aachen University is situated, the University Act (Landeshochschulgesetz NRW), states several measures to tackle gender imbalances and inequalities within academia: namely, that every HEI has to elect a gender equality officer (and additional deputies), install a gender equality committee, and to take into account equality in allocating funds. The main aim is to reach a balanced level of gender distribution, preferably in all status groups and qualification levels at the university, be it within administrative staff or research and teaching staff, or within the student body.
At RWTH, gender equality has the status of a cross-cutting issue that is addressed by a number of policies in place and promoted by a differentiated number of actors and actresses.
The current GEP (Equal Opportunities at RWTH Aachen University – Action Plan 2017-2022), that has been developed by the Equal Opportunities Officer and the Integration Team Human Resources, Gender and Diversity Management (IGaD), is in its implementation phase and has undergone its interim evaluation in 2019. Although at RWTH, there is such an elaborate set of measures in GE work in place and the share of women across all status groups is in fact rising, it is nevertheless happening at a very slow pace. And therefore, it is of high importance to further make the problem visible, create awareness and find creative new ways of addressing the issue.

Especially in projects such as SPEAR and CHANGE, there lies a high potential to foster valuable networks and platforms for expertise exchange, that are imperative in an interconnected research landscape.

Since the European Commission (EC) started their calls for projects to pursue structural change by implementing gender equality plans in research performing organisations German representatives continuously participated in funded actions. The approaches to realise the ambitious objective changed over time, consortia funded in H2020 could draw back on the experience of previously financed ones in the 7th Framework Programme.

Recent projects support the European Research Area’s (ERA) central Gender Equality objectives, which include the 1) the promotion of women’s careers in science and research, 2) the creation of gender equal decision-making boards, and 3) the integration of the gender dimension into research and innovation activities[1]. Furthermore, gender equality in research performing organisations (RPOs) is acknowledged by the EC as key success factor (EC 2010).

With SPEAR and CHANGE two EU projects, which focus on creating gender equal work spaces in science and academia, are currently represented at the RWTH Aachen University[2]. SPEAR is managed at the above mentioned IGaD, while CHANGE is connected to the Chair of Sociology of Technology and Organization (STO) at the Institute of Sociology.

In the respective projects both RWTH teams have a quite similar role as mentors, since in each action partners with less or no experience in implementing GEPs are supported by partners, which already have substantial knowledge on the institutional implementation of GEPs and on field specific gender equality issues.

But SPEAR and CHANGE have even more in common, when it comes to their project approaches: the joint production of gender equality knowledge through support, collaboration and practice with the aim to achieve sustainable changes in the participating RPOs is key in each of them (see graphic below).

CHANGE tries to close the so-called knowledge-to-action gap (see e.g. Strauss et al. 2009) by integrating relevant institutional actors into the project progress right from the beginning to co-produce gender equality knowledge together within the national teams and the consortium. This step ensures that the created knowledge is relatable and applicable for the single RPOs and their respective actors, and thus supports the closure of the knowledge gap (Dahmen-Adkins, Karner & Thaler 2020).

A similar function has SPEAR’s Community of Learning (CoL), where existing practical gender equality tools and connected knowledge are adopted to create project specific methods and means to facilitate the GEP implementation and at the same time institutional change in each of the organizations (Myers 2019).

Communities of Practice (CoPs) offer in both projects room for mutual support and empowerment of the change agents by learning from and reflecting on each other’s implementation progresses and processes. The CoPs start off on a consortium level, but are supposed to expand on a regional or even national level, e.g. in CHANGE a series of national stakeholder workshops for representatives from RPOs and also Research Funding Organisations (RFOs) kicks off in winter 2020.

Setting up a national CoP: Connecting and exchanging beyond the consortium level

From the CHANGE project the creation of a national network of sister projects was initiated. In September 2019 representatives of GENERA, ACT, GEECCO, Baltic Gender and CHANGE projects met for the first time to exchange experiences and to develop a common strategy to foster structural change in German RPOs and RFOs. The German SPEAR team joined the network too, and a second meeting was held in March 2020, shortly before public and professional life came to a standstill due to COVID-19.

But the interest to maintain this national platform for common reflection and exchange still exists. The third (virtual) meeting is currently being planned and, in addition, the network has the opportunity to present itself at a national conference on equal opportunities in science, which is to be held in Hamburg in November 2020 on the occasion of the German EU Council Presidency.

Whenever possible SPEAR and CHANGE at RWTH will join forces and build synergies to continue their journey towards equality in academia and research.

[2] Since January 2020 Jennifer Dahmen-Adkins and Andrea Wolffram from STO are additionally in charge of monitoring and evaluating the implementation processes of the newly started sister project LeTSGEPs (www.letsgeps.eu/a>), which focusses on Gender Budgeting as part of its GEP strategy.