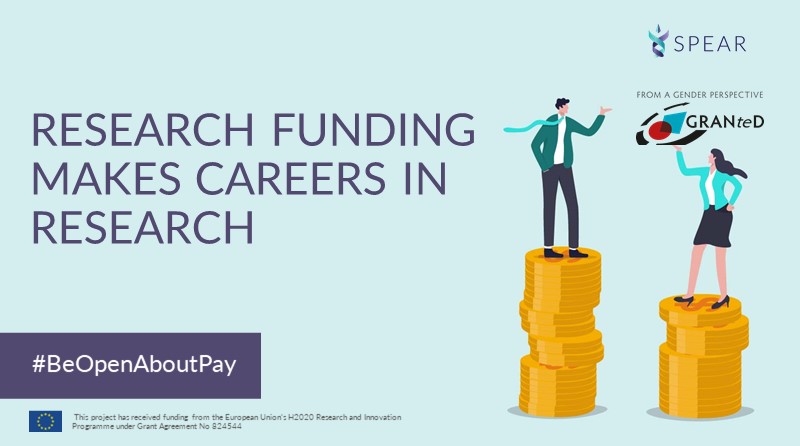 But, there is evidence that women and men do not have the same chances of success in research funding, leading to an unequal distribution of resources for doing research. Without equal access and success chances, the underrepresentation of women in research and especially in its higher ranks will not change substantially. Although research results on gender bias in research funding are inconclusive on whether gender bias exists, there is ample evidence that gender bias distorts evaluation results in research funding, but it seems to differ between scientific fields and communities. Looking at it only on a general level might cover or exaggerate differences between men and women, whereas investigating it on the level of panels or research domains will exhibit more accurate results.

This leads to an unequal distribution of resources and unequal chances to pursue an academic career. A recent study of National Institutes of Health (NIH) grants between 2006 and 2017 showed that women principal investigators applying for the first time receive considerably lower amounts of funding ($126,615) than compared to men ($165,721): This can make a substantial difference and advantage. A recent study of student grants at Leiden University confirmed that women had a lower success rate and that male and female applications were rated equally good after gender-related information was removed from the application. But, the study also showed that women and men students applied equally often for these grants. Another study in the Netherlands showed that assessments of men and women applicants mainly differed on the criteria “quality of researcher” but not on “quality of proposal” or “knowledge utilisation”. This can be interpreted that gender bias mainly influences the assessment of individual researchers and the quality of their previous performance. This can be substantiated by other studies, which provide evidence that gender bias is mitigated if only the quality of the proposal is assessed and not the quality of the researcher.

As for equal pay, there are similar mechanisms at work in research funding that put women applicants at a disadvantage which are summarised often under the header gender bias:

The interesting news is that women who win bigger grants will stay in the system, but women who are not successful will leave academia and invest their talent and knowledge in other economic or societal sectors. Closing the gender gap in research funding is important to level the playing field for men and women, enable fair competition for scarce research funding resources, and keep women in the pipeline. But, eradicating the sources will need joint efforts from different stakeholders and actors in the research and innovation system.

This blog post is part of a joint campaign organized by the SPEAR and GRANteD projects to celebrate the international #EqualPayDay on the 18th of September.