Gender Equality Plans as representations of equality beyond a university 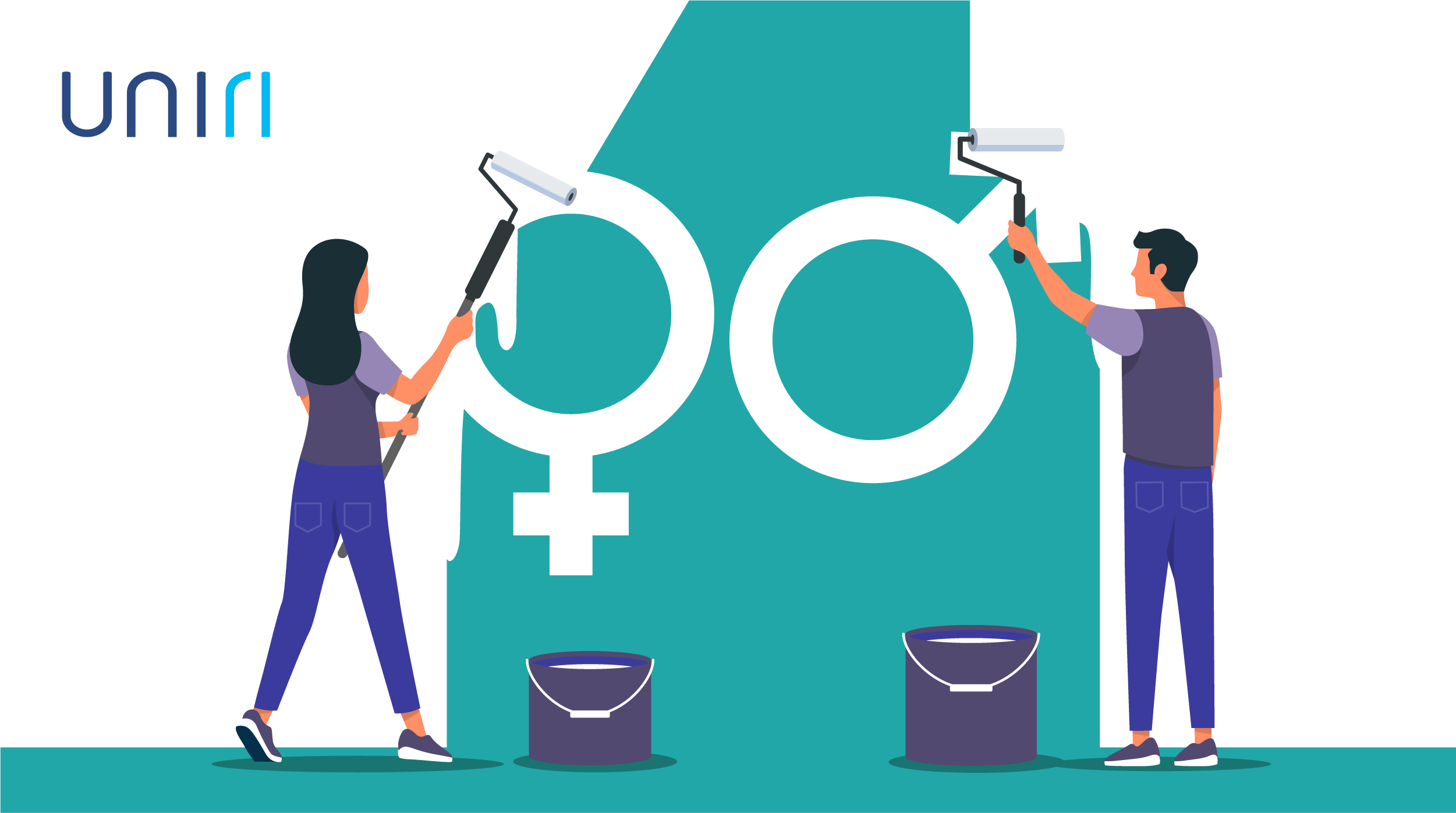 University-based gender equality plans are produced within a scholarly community and are expected to set the stage for gender mainstreaming within the university. (Clavero & Galligan 2021, p 1117) Having said this, however, no university is an island. In constitutional law, universities have been included in a broad group of “knowledge institutions” that must be seen as key players in a thriving constitutional democracy. (Jackson 2021, p 159) Such recognition is justified by the “knowledge ecosystem” that universities establish and maintain, informing the development of public policies. (Jackson 2021, p 206) This does not necessarily suggest that universities must be protected as a part of a crisis-laden public sphere of a Habermasian design but that, in accordance with Nancy Fraser’s critique of the concept, a university may be seen as involving a variety of publics that interact with publics beyond its institutions. (Ambrozas 1998) To provide constitutional protection to a university involves acknowledging both the value of this interaction and the knowledge the university produces. In this blog post, I want to explore how gender equality plans fit into this perspective, not as instruments of gender equality contained within a university but as representations of gender equality that radiate outwards.

In the literature on postsecondary education in the United States, it has been argued that the possibility to generate a public sphere through universities is impacted by four factors: the state, the market, institutions of the university themselves and social actors, both within and beyond the civil society. (Pusser 2012, 32) Similar contexts may be found in the literature on universities in Croatia and its neighbouring countries. (Kukić 2013; Petrušić 2019; Singer & Oberman, 2010) I will first review what are the interconnections between the four factors and the university, placing the University of Rijeka’s gender equality plan (GEP) against the background of each. This will serve to draw out some of the obstacles that are likely to present themselves in attempting to position the GEP as an influence in fostering gender equality beyond the university. I will then conclude with a note on two roles of the GEP, internal and external.

I will not pay much attention to the role of the GEP in the interplay of the university and its institutions. Whilst not an integrated university, the University of Rijeka has enacted its gender equality plan with the participation of its constituents and based on their contexts and needs. Furthermore, the GEP incorporates a continuous interaction between the University and the constituents. The role of the Plan is here best thought of as “internal”, given that it is contained within the University as a whole. It is the projection of the GEP to other contexts, the state, the civil society and the market, that may be seen as its “external” representation of gender equality.

As far as the interaction of the Croatian state and the university is concerned, two dimensions are of note. Croatian law maintains all the formal mainstays of gender equality, as it is one of the fundamental values of the Croatian constitution and remains covered by its antidiscrimination provisions, is provided for in the relevant legislation and is enforced by a spectrum of institutions, including ones specialised precisely for gender discrimination. The ombudswoman for gender equality nonetheless regularly reports on an alarming number of difficulties with enforcing these formal structures, foremost being gender discrimination in labour and the prevalence of gender and sex-based harassment. (Ombudswoman for Gender Equality 2020) Secondly, under Croatian law universities are protected by the constitutional guarantees of university autonomy and academic freedom. While they are bound by legislation that regulates their organisation and operation, members of the academic community are in principle free to do research in their areas of expertise and may intervene in the making of public policies and in controversies of public interest more generally.

In this context, the main constraints of an external effect of the GEP may be found in the culture of formalistic legalism that burdens the enforcement of the law on the one hand and the problematic position of the humanities and social sciences in public policies. The joint effect of these two problems may cause the GEP to be seen as a table with goals and measures rather than a more comprehensive process of inquiry and reflection. The law is in the Croatian case normally seen in a worryingly superficial manner, as a form that may be enacted or abolished with little or no regard to the complex task of properly enforcing it. By consequence, the legislator is prone to respond to any problem with more law, considering the matter resolved once the law is enacted. This kind of normative optimism is not helped by the general perception of the study of law as being about cramming formalities, learning by heart the different sources of law in force in Croatia. On the other hand, universities have increasingly been expected to foster an emphasis on “skills-oriented education” rather than being committed to knowledge for its own sake. (Hromadžić 2017, p 90) Hence, the GEP is at risk of being seen superficially, as an isolated product whose value depends on the receptivity of policymakers to moving beyond mere form.

There is some overlap between influences shaping the interaction of the state and university with those affecting the interface between the university and the market. As noted earlier, universities, while enjoying academic freedom and autonomy, are expected to produce graduates required by the job market and are themselves expected to function in a globalised and competitive “knowledge economy”. (Williams 2007) The situation in Croatia does not depart from this. Nevertheless, by ensuring that graduates develop their knowledge in skills in an environment shaped by the practice of the GEP, universities may indirectly and to some extent influence the contemporary market.

Notwithstanding the support gender mainstreaming has received as an issue of public policy by the European Union, a perennial market-based actor, the “new economy” based on knowledge and care sectors has tended towards increasing existing inequalities. (Perrons 2005, p 391) There is a mistaken sense that economic policies are gender-neutral and a growing divide between productive and reproductive work. (Ibid., pp 405-406) In Croatia specifically, gender segregation has been noted in some of the sectors of the economy, with women being most notably overrepresented in education, healthcare and social care. (Ombudswoman for Gender Equality 2020, p 35) Women continue to be underpaid for their work and unemployment rates reflect a larger percentage of unemployed women when compared to men. (Ombudswoman for Gender Equality 2020, p. 32) There are thus important structural reasons that will limit the GEP’s influence insofar as its main means of exerting this influence are the graduates themselves. There is an important interplay between the market and the state in this respect, as a failure to further gender mainstreaming through public policies directed towards reordering the market will restrict the space for change. The formalistic and superficial approach to law noted earlier is an additional restraint in this respect.

Civil society is a complex concept, but it is undoubtedly different from both the state and the market. (Reese-Schäffer 2004, p 68) In this space that includes a variety of organizations, values and norms revolving around citizens’ self-organization, gender equality has featured as a prominent theme. In opposition to the rhetoric of critics that have belittled Croatian civil society organisations and activists as “imported” phenomena burdening the creation of a new Croatian state, (Bežovan & Zrinščak 2007, p 40) the feminist movement in Croatia originated before the dissolution of federal Yugoslavia. This original movement has from its genesis opposed state paternalism and the growing ethnonationalism that attempted to aggressively regulate women’s privacy. (Šinko 2018, p 45) The current civil society activity in issues of gender equality should thus be seen as a continuation of these original efforts. This activity has not only led to gender equality being recognised as one of the fundamental values of the Croatian constitution but continues to be an important influence in policy-making processes. On the other hand, there are organisations and individuals in Croatian civil society who have led and continue to lead a variety of collective actions opposed to gender equality, with different degrees of success. These include protests against abortion, referendums opposed to the ratification of the Istanbul Convention and for a heteronormative definition of marriage, opposition to the introduction of sexual education into schools and a general opposition towards the so-called “gender ideology”.

Given the bottom-up nature of civil society, it is unsurprising to identify different strands positioned for or against gender equality, which I have sketched here only in a very rough outline. The GEP can be an important instrument for promoting gender equality for those working within the sector, and the University of Rijeka’s efforts to be responsive to the needs of the local community, including the civil society organisations committed to gender equality, may spearhead this in the Croatian context. Again, however, obstacles to this scenario should be kept in mind. Most importantly, civil society organisations do not provide a powerful contribution to a thriving social capital in Croatia. (Barić & Dobrić 2012, p 914; Šalaj 2011) Notwithstanding the strides that have been made to a more developed civil society, it is questionable whether actors pertaining to this sector enable a more developed political culture. By consequence, while they may exert some influence on policy-making processes, their ability to strengthen gender equality beyond individual controversies is not entirely clear. Secondly, the interaction between civil society actors and the state demonstrates that conservative civil society organisations and actors continue to have powerful sway, meaning that instruments such as the GEP may also encounter resistance in civil society quarters.

In conclusion, internally the University of Rijeka’s GEP is expected to further gender mainstreaming in the academic sphere, contributing to a more equitable working and study environment for the University’s students, staff and faculty. Externally, it may be expected to be a representation of gender equality in the broader public. As such it may serve to motivate gender mainstreaming in other arenas and may be used as a resource to fuel the advance towards gender equality in them. This representation will continue to be contested, however, and its impact will depend on whether the relevant actors take up Rijeka’s GEP as a salutary example of a broader process that preceded it and that must be carried out anew in different contexts. Should the GEP remain only a piece of text to be cloned or rejected without any autochthonous process, it may become only a symbolic “check in a box” akin to a superficial emulation of a trend in formalities that may, in the long-term, obscure rather than correct gender inequalities. Unfortunately, the culture of legalistic formalism that dominates in Croatia is likely to be open to this superficial approach to the external dimension of Rijeka’s GEP.

Hromadžić, Hajrudin (2017) Humanities and Social Sciences in the Mmaelstrom of Hegemony of the so-called Transition: Performativity of the Public Intellectual Today, Narodna umjetnost: hrvatski časopis za etnologiju i folkloristiku, Vol. 54, No. 1, pp 87-99.