Do you remember our #GendeRRIng campaign dedicated to the International Women Day on March 8th, 2019? This year we had a 2.0 version: #COMMIT2GENDERRING on the occasion of the same day! 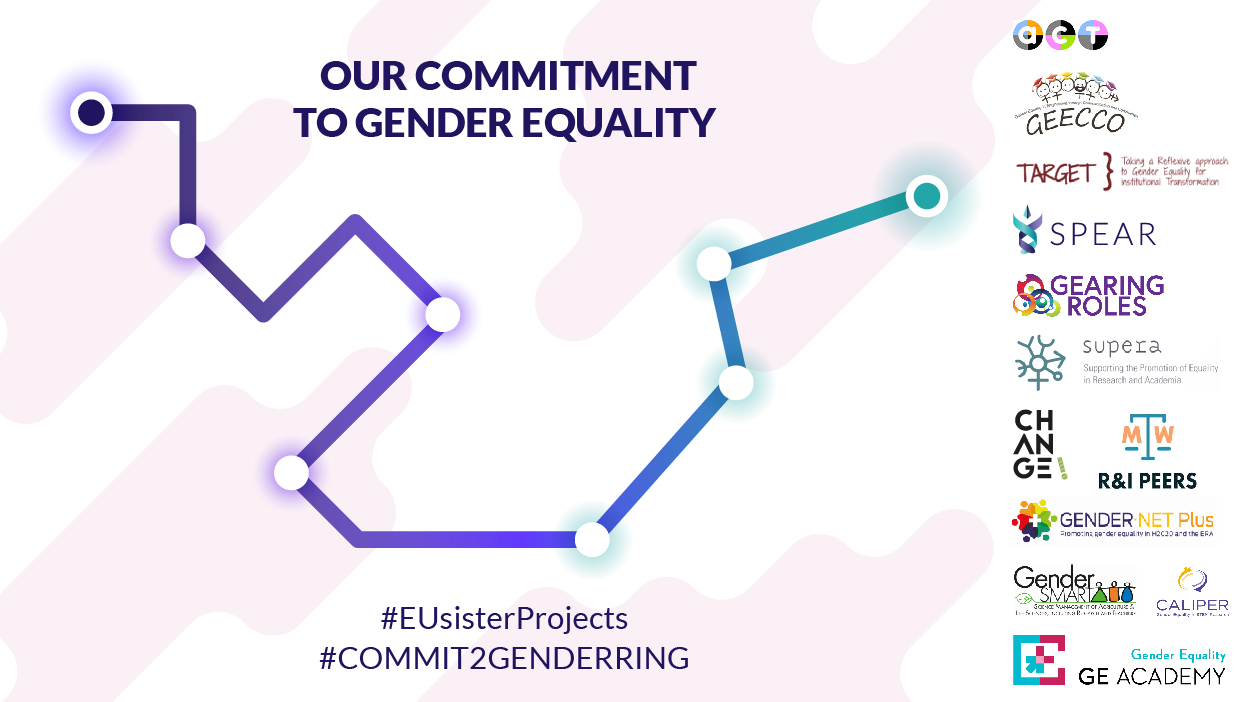 Like the previous year, the campaign was co-coordinated by GEECCO, ACT, SPEAR, EFFORTI, GENDERACTION, Gearing Roles and Supera projects, with some new projects joining as such as Gender Smart, Caliper, R&I Peers, CHANGE, GENDER NET Plus and GE Academy for an even greater impact.

The goal of the campaign was to make visible the commitment of all institutions involved in the sister projects towards gender equality and show how through their participation in the project, they will take steps forward to achieve their GE goals. Each participating project filled in a common visual, which described the implementation path of GE plans in their institution from the start until the end.

The contribution consisted of the following information:

Until the next campaign, stay tuned with the SPEAR project!