The EIGE Gender Equality Index 2020 is out! The EIGE index is a tool to measure the progress of gender equality in the EU. It gives more visibility to areas that need improvement and ultimately supports policymakers to design more effective gender equality measures. 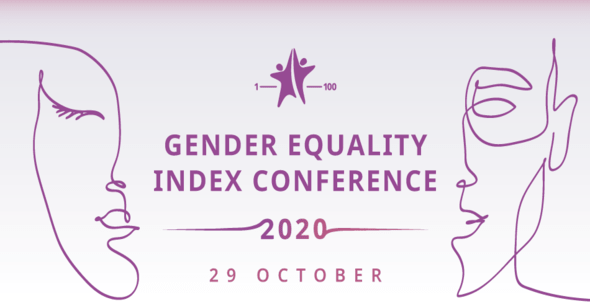 The Index shows gender equality progress in the domains of work, money, time, knowledge, power, health, and violence. The Index also looks at intersecting inequalities, which considers the situation of different groups of women and men, based on family type, level of education, country of birth, age, and disability.

Measuring gender equality is integral to effective policymaking in the EU. Since the first edition in 2013, the Gender Equality Index has tracked and reported progress by providing a comprehensive measure of gender equality, tailored to fit the EU’s policy goals. It reveals both progress and setbacks and explores what can be done better to seize opportunities for change.

The thematic focus of Index 2020 is on digitalization and how it affects the working lives of women and men in the EU. It examines the positive and negative consequences that the digital transformation of the world of work is bringing for gender equality.

Here are some insights:

While the domain of power is driving many counties forward, there are serious challenges in the domain of knowledge. One of the biggest problems holding back gender equality is segregation in education. This means concentration of either girls or boys in certain subjects. Despite efforts to push girls to engage in STEM fields, segregation has increased since 2010. If we look at students studying ICY at university in the EU, 82% are men. This pattern continues in the world of work, where 8 out 10 ICT jobs in the EU are held by men. This situation means that women are not enjoying the full benefits of the digital transformation of the labor market. Women are estimated to be at a slightly higher risk of being replaced in their jobs by robots compared to men.

Do you want to know more? Check the EIGE Gender Equality Index 2020.