Leveraging on the International Day for the Elimination of violence against women (25 November), the SPEAR project is joining forces with sister projects involved in structural change for gender equality in research and academia (UNISAFE, SUPERA, TARGET, TARGETED-MPI, GEARING ROLES) as well as with other interested sister projects, organisations, and individuals, to raise awareness on gender-based violence in research and academia through a campaign running between 22 and 29 November. 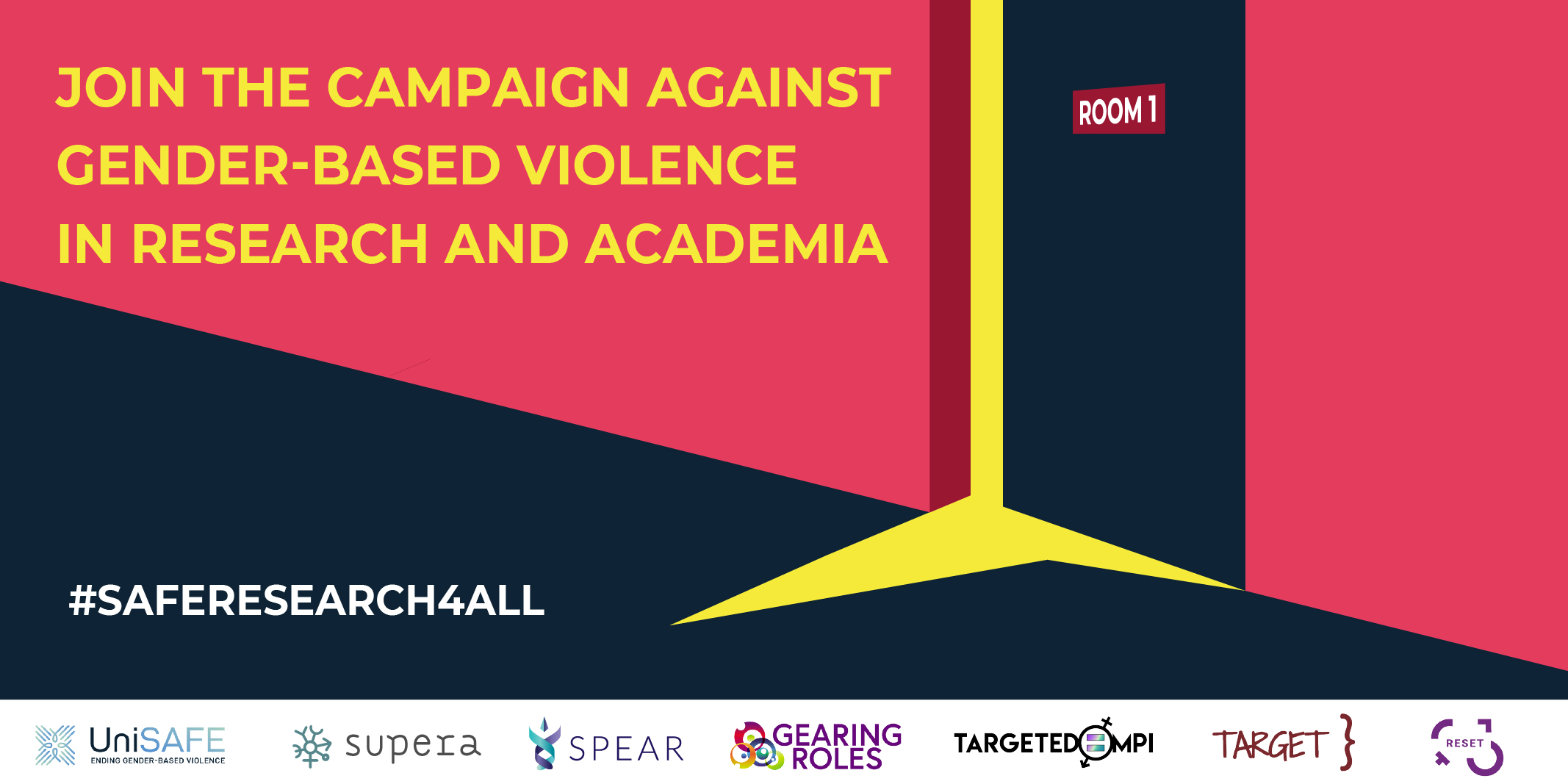 Gender-based violence is a complex, prevalent, persistent feature and force in many organisations, with pandemic proportions. Violence, violations, and abuse may be physical, sexual, economic/financial, psychological – online or offline – and can include gender or sexual harassment.

Universities and research organisations are not exempt from this pandemic. Specific organisational structures can even create conditions for hierarchies of power that are structured by gender and age and regularly underpin violence. While gender-based violence deeply impacts individual lives, it also has serious social, economic, and health repercussions on organisational and social levels.

Despite the scale, the political significance and the growing interest in academia, gender-based violence in research organisations remain largely under-reported and under-researched. It also often remains unspoken.

From 22 to 29 November, all projects, organisations, and individuals intent on eradicating gender-based violence in academia and research organisations are invited to actively post on social media using the hashtag #SafeResearch4All.

Media, articles, reports designed or collected by UniSAFE and sister projects – namely the SUPERA project – have been made freely available in an Awareness-raising Toolkit. In the framework of the SPEAR project, Vilnius University has produced a video where they recreated an unpleasant behavior of a male superior towards the female gender equality expert in a fictional institution. When sharing UniSAFE results, full acknowledgment of the project and authors must be mentioned, as stated in the introduction to the reports.

All contributions are welcome!

If you wish to share content on the same topic, whether research results, findings, data, reflections on the issue, or examples of what your institution, region or country is doing to prevent gender-based violence in academia or research organisations, share by email at unisafe-eu@esf.org for them to be added to the toolkit.

Fighting gender-based violence in academia and research starts with bringing the issue to the surface, paving the way for victims to speak out, and for all students and research staff to be proactive role models in this respect.